travelo.club - Guide to the city of Arad

Arad (Romanian pronunciation: [aˈrad]; Hungarian: Arad; Serbian: Арад/Arad) is the capital city of Arad County, historically situated in the region of Crișana, and having recently extended on the left bank of the Mureș river, in Banat region of western Romania.

An important industrial center and transportation hub on the Mureș River, Arad is also the seat of a Romanian Orthodox archbishop and features two universities, a Romanian Orthodox theological seminary and a training school for teachers. It had one of the first music conservatories in Europe. The city has a population of 159,704, making it the 12th largest city in Romania. Arad is the third largest city in the western part of the country, behind Timișoara and Oradea. 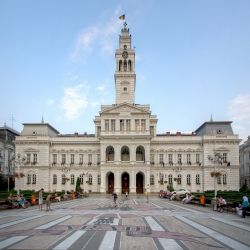