travelo.club - Guide to the city of Galveston

Galveston ( GAL-viss-tən) is a coastal resort city on Galveston Island and Pelican Island in the U.S. state of Texas. The community of 209.3 square miles (542 km2), with an estimated population of 50,180 in 2015, is the county seat and second-largest municipality of Galveston County. It is within Houston–The Woodlands–Sugar Land metropolitan area.
Named after Bernardo de Gálvez y Madrid, Count of Gálvez (born in Macharaviaya, Malaga, Spain), Galveston's first European settlements on the island were built around 1816 by French pirate Louis-Michel Aury to help the fledgling Republic of Mexico fight Spain. The Port of Galveston was established in 1825 by the Congress of Mexico following its independence from Spain. The city was the main port for the Texas Navy during the Texas Revolution, and later served as the capital of the Republic of Texas.
During the 19th century, Galveston became a major U.S. commercial center and one of the largest ports in the United States. It was ...

devastated by the 1900 Galveston Hurricane, whose effects included flooding and a storm surge. The natural disaster on the exposed barrier island is still ranked as the deadliest in United States history, with an estimated death toll of 6,000 to 12,000 people.
Much of Galveston's economy is centered in the tourism, health care, shipping, and financial industries. The 84-acre (340,000 m2) University of Texas Medical Branch campus with an enrollment of more than 2,500 students is a major economic force of the city. Galveston is home to six historic districts containing one of the largest and historically significant collections of 19th-century buildings in the United States, with over 60 structures listed in the National Register of Historic Places. 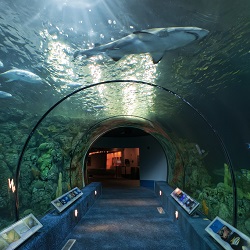