travelo.club - Guide to the city of Bielsko-Biała

Bielsko-Biała [ˈbʲɛlskɔ ˈbʲawa] (Czech: Bílsko-Bělá; German: Bielitz-Biala) is a city in Southern Poland with the population of approximately 174,000 (December 2013). The city is a centre of the 325,000-large Bielsko Urban Agglomeration and is a major industrial (particularly automotive), transport and tourism hub. Neighbouring the Beskid Mountains to the south, Bielsko-Biała is composed of two former cities on opposite banks of the Biała River, Silesian Bielsko and Lesser Poland's Biała, merged in 1951. 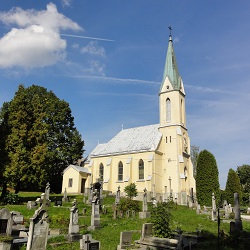