travelo.club - Guide to the city of The Hague

The Hague (/ðə ˈheɪɡ/; Dutch: Den Haag, pronounced [dɛn ˈɦaːx] or 's-Gravenhage [ˈsxraːvə(n)ˌɦaːɣə]) is a city on the western coast of the Netherlands and the capital of the province of South Holland.

With a population of 520,704 inhabitants (as of 1 April 2016) and more than 1 million inhabitants including the suburbs, it is the third-largest city in the Netherlands, after Amsterdam and Rotterdam. The Rotterdam The Hague Metropolitan Area, with a population of approximately 2.7 million, is the 12th-largest in the European Union and the most populous in the country. Located in the west of the Netherlands, The Hague is in the centre of the Haaglanden conurbation and lies at the southwest corner of the larger Randstad conurbation. 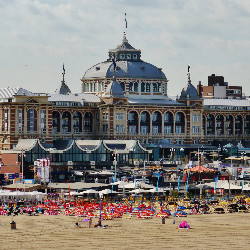