Komárno (Hungarian: Komárom, colloquially Révkomárom, Öregkomárom, Észak-Komárom, German: Komorn, Serbian: Komoran/Коморан) is a town in Slovakia at the confluence of the Danube and the Váh rivers. Komárno was formed from part of a historical town in Hungary situated on both banks of the Danube. Following World War I and the Treaty of Trianon, the border of the newly created Czechoslovakia cut the historical, unified town in half, creating two new towns. The smaller part, based on the former suburb of Újszőny, is in present-day Hungary as Komárom (the historical Hungarian town had the same name). Komárno and Komárom are connected by the Elisabeth Bridge, which used to be a border crossing between Slovakia and Hungary until border checks were lifted due to the Schengen Area rules.

Komárno is Slovakia's principal port on the Danube. It is also the center of the Hungarian community in Slovakia, which makes up roughly 60% of the town's population. The town is the ...

historic seat of the Serbian national minority in Slovakia. 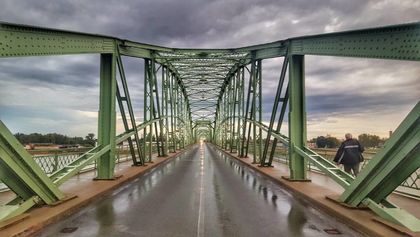 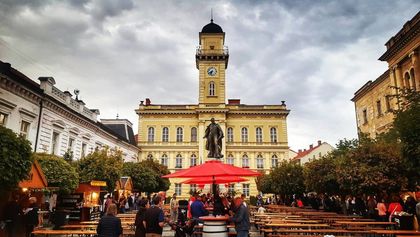 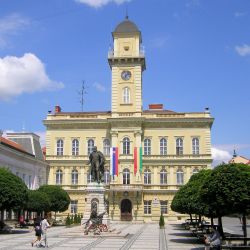