travelo.club - Guide to the city of Udaipur

Udaipur (About this sound pronunciation), also known as the "City of Lakes," the "Venice of the East," or the "Kashmir of Rajasthan," is a major city, municipal corporation and the administrative headquarters of the Udaipur district in the Indian state of Rajasthan. It is the historic capital of the kingdom of Mewar in the former Rajputana Agency. It was founded in 1553 by Maharana Udai Singh of the Sisodia clan of Rajput, when he shifted his capital from the city of Chittorgarh to Udaipur. It remained as the capital city till 1818 when it became a British princely state, and thereafter the Mewar province became a part of Rajasthan when India gained independence in 1947. 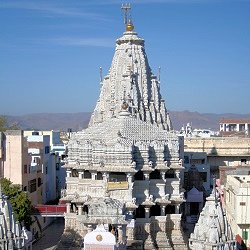