travelo.club - Guide to the city of Moab

Moab is a city on the southern edge of Grand County in eastern Utah in the western United States. The population was 5,046 at the 2010 census, and in 2015 the population was estimated to be 5,235. It is the county seat and largest city in Grand County. Moab attracts a large number of tourists every year, mostly visitors to the nearby Arches and Canyonlands national parks. The town is a popular base for mountain bikers who ride the extensive network of trails including the Slickrock Trail, and for off-roaders who come for the annual Moab Jeep Safari. 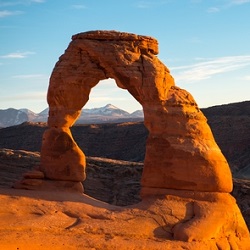