travelo.club - Guide to the city of Monterey

Monterey was the capital of Alta California under both Spain and Mexico. It was the only port of entry for taxable goods in California. In 1846, the U.S. flag was raised over the Customs House, and California became part of the United States after the Mexican–American War.

The city had California's first theater, public building, public library, publicly funded school, printing press, and newspaper. The city and surrounding area have attracted artists since the late 19th century and many celebrated painters and writers have lived there. Until the 1950s, there was an abundant fishery. 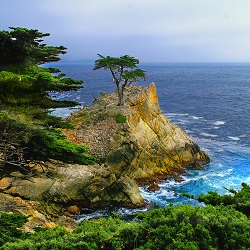