travelo.club - Guide to the city of Porto

Porto (Portuguese pronunciation: [ˈpoɾtu]; also known as Oporto in English) is the second-largest city in Portugal after Lisbon and one of the major urban areas of the Iberian Peninsula. The urban area of Porto, which extends beyond the administrative limits of the city, has a population of 2.4 million (2011) in an area of 389 km2 (150 sq mi), making it the second-largest urban area in Portugal. It is recognized as a gamma+ level global city by the Globalization and World Cities (GaWC) Study Group, the only Portuguese city besides Lisbon to be recognised as a global city. 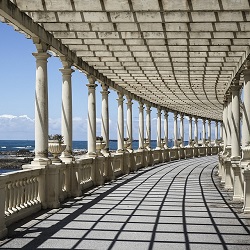