travelo.club - Guide to the city of Málaga

Málaga (/ˈmæləɡə/, Spanish: [ˈmalaɣa]) is a municipality, capital of the Province of Málaga, in the Autonomous Community of Andalusia, Spain. With a population of 569,130 in 2015, it is the second-most populous city of Andalusia and the sixth-largest in Spain. The southernmost large city in Europe, it lies on the Costa del Sol (Coast of the Sun) of the Mediterranean, about 100 kilometres (62.14 miles) east of the Strait of Gibraltar and about 130 km (80.78 mi) north of Africa. 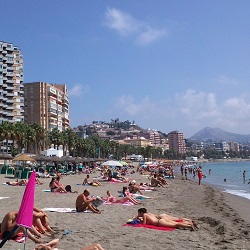