travelo.club - Guide to the city of Side

Side (Greek: Σίδη) is an ancient Greek city on the southern Mediterranean coast of Turkey, a resort town and one of the best-known classical sites in the country. It lies near Manavgat and the village of Selimiye, 78 km from Antalya in the province of Antalya.

It is located on the eastern part of the Pamphylian coast, which lies about 20 km east of the mouth of the Eurymedon River. Today, as in antiquity, the ancient city is situated on a small north-south peninsula about 1 km long and 400 m across. 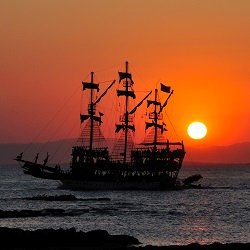