travelo.club - Guide to the city of Karlovac

Karlovac (Croatian pronunciation: [kâːrlov̞at͡s], is a city and municipality in central Croatia. According to the National census held in 2011 population of the settlement of Karlovac was 55,705.

Karlovac is the administrative centre of Karlovac County. The city is located on the Zagreb-Rijeka highway and railway line, 56 kilometres (35 miles) south-west of Zagreb and 130 km (81 miles) from Rijeka. 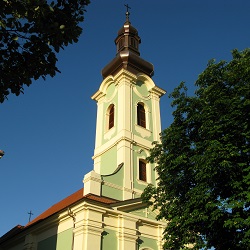