travelo.club - Guide to the city of Victoria

Victoria /vɪkˈtɔːriə/, the capital city of the Canadian province of British Columbia, is on the southern tip of Vancouver Island off Canada's Pacific coast. The city has a population of 85,792, while the metropolitan area of Greater Victoria has a population of 383,360, making it the 15th most populous Canadian metropolitan area. The city of Victoria is the 7th most densely populated city in Canada with 4,405.8 people per square kilometre, which is a greater population density than Toronto, Ontario. 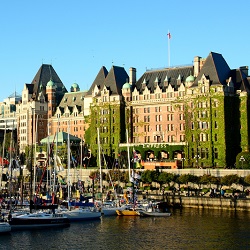