travelo.club - Guide to the city of Tatev

Tatev (Armenian: Տաթև or Տաթեւ Tat′ev) is a village and rural community in the Syunik Province of Armenia. It is home to the Tatev monastery. The National Statistical Service of the Republic of Armenia (ARMSTAT) reported its population was 892 in 2010, down from 1,042 at the 2001 census.

The village hosts a station of the Wings of Tatev; the world's longest non-stop double track aerial tramway. 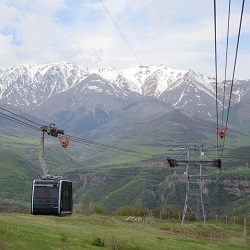