travelo.club - Guide to the city of Shusha

Shusha (Azerbaijani: Şuşa; Russian: Шуша), or Shushi (Armenian: Շուշի), is a city in the disputed region of Nagorno-Karabakh in the South Caucasus. It has been under the control of the self-proclaimed Artsakh Republic since its capture in 1992 during the Nagorno-Karabakh War. However, it is a de jure part of the Republic of Azerbaijan, with the status of an administrative division of the surrounding Shusha Rayon. Situated at an altitude of 1,400–1,800 metres (4,600–5,900 ft) in the picturesque Karabakh mountains, Shusha was a popular mountain recreation resort in the Soviet era. 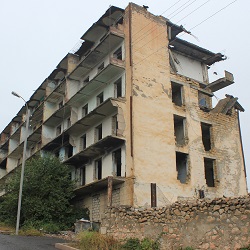