Montreal, officially Montréal (French pronunciation: [mɔ̃ʁeal]), is the most populous municipality in the province of Quebec and the second-most populous in Canada. Originally called Ville-Marie, or "City of Mary," it is believed to be named after Mount Royal, though there is some debate about this. The city has a distinct four-season continental climate, with warm-to-hot summers and cold, snowy winters.
In 2016, Montreal had a population of 1,704,694. Montreal's metropolitan area had a population of 4,098,927 and a population of 1,958,257 in the urban agglomeration, with all of the municipalities on the Island of Montreal included. Legally a French-speaking city, 60.5% of Montrealers speak French at home, 21.2% speak English and 19.8% speak neither. Montreal is one of the most bilingual cities in Quebec and Canada, with 56% of the population able to speak both official languages. Montreal is the second-largest primarily French-speaking city in the world after Paris.
Historically ...

the commercial capital of Canada, it was surpassed in population and economic strength by Toronto in the 1970s. It remains an important centre of commerce, aerospace, finance, pharmaceuticals, technology, design, education, culture, tourism, gaming, film and world affairs. Being the location of the headquarters of the International Civil Aviation Organization, Montreal is one of three North American cities home to organizations of the United Nations (along with New York City and Washington, D.C.) and also has the second-highest number of consulates in the continent. Montreal was also named a UNESCO City of Design. In 2009, Montreal was named North America's leading host city for international association events, according to the 2009 preliminary rankings of the International Congress and Convention Association (ICCA). According to the 2015 Global Liveability Ranking by the Economist Intelligence Unit, Montreal ranked 14th out of 140 cities.
In the 2017 edition of their Best Student Cities ranking, Quacquarelli Symonds (QS) ranked Montreal as the world's best city to study abroad. With 170,000 students enrolled in its 11 universities, the Greater Montreal region has the highest number of university students per capita among all metropolitan areas in North America, including Boston, the intellectual capital of the U.S.
Montreal has hosted multiple international conferences and events throughout its history, including the 1967 International and Universal Exposition and the 1976 Summer Olympic Games.. Currently, the city hosts the Canadian Grand Prix of Formula One, the Montreal International Jazz Festival and the Just for Laughs festival. In 2012, Montreal was ranked as a Beta+ world city. 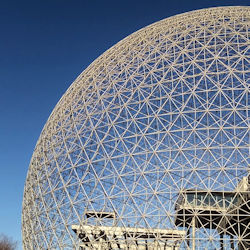