travelo.club - Guide to the city of Cologne

Cologne (English: ; German: Köln, pronounced [kœln], Colognian: Kölle [ˈkœɫə]) is the largest city in the German federal State of North Rhine-Westphalia and the fourth-largest city in Germany (after Berlin, Hamburg, and Munich). It is located within the Rhine-Ruhr metropolitan region, one of the major European metropolitan areas, and with more than ten million inhabitants, the largest in Germany. Cologne is about 45 km southwest of North Rhine-Westphalia's capital of Dusseldorf and 25 km northwest of Bonn.
Cologne is located on both sides of the Rhine River, near Germany's borders with Belgium and the Netherlands. The city's famous Cologne Cathedral (Kölner Dom) is the seat of the Catholic Archbishop of Cologne. The University of Cologne (Universität zu Köln) is one of Europe's oldest and largest universities.
Cologne was founded and established in Ubii territory in the first century AD as the Roman Colonia Claudia Ara Agrippinensium, from which it gets its name. "Cologne", ...

the French version of the city's name, has become standard in English as well. The city functioned as the capital of the Roman province of Germania Inferior and as the headquarters of the Roman military in the region until occupied by the Franks in 462. During the Middle Ages it flourished on one of the most important major trade routes between east and west in Europe. Cologne was one of the leading members of the Hanseatic League and one of the largest cities north of the Alps in medieval and Renaissance times. Prior to World War II the city had undergone several occupations by the French and also by the British (1918–1926). Cologne was one of the most heavily bombed cities in Germany during World War II, with the Royal Air Force (RAF) dropping 34,711 long tons (35,268 tonnes) of bombs on the city. The bombing reduced the population by 95%, mainly due to evacuation, and destroyed almost the entire city. With the intention of restoring as many historic buildings as possible, the successful postwar rebuilding has resulted in a very mixed and unique cityscape.
Cologne is a major cultural centre for the Rhineland; it hosts more than thirty museums and hundreds of galleries. Exhibitions range from local ancient Roman archeological sites to contemporary graphics and sculpture. The Cologne Trade Fair hosts a number of trade shows such as Art Cologne, imm Cologne, Gamescom, and the Photokina. 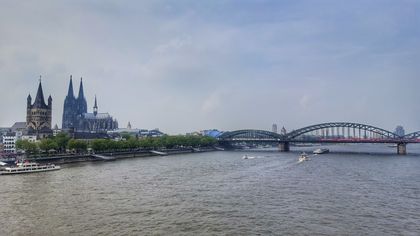 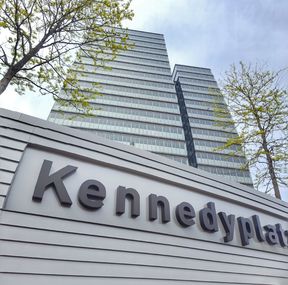 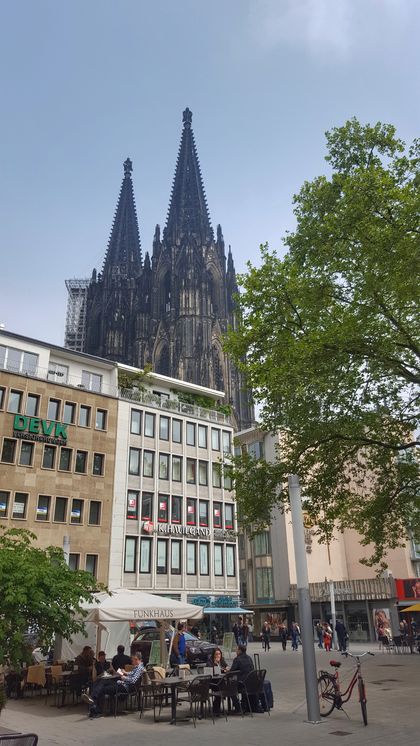 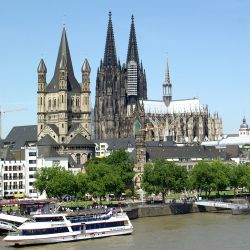