travelo.club - Guide to the city of Wuppertal

Wuppertal (German pronunciation: [ˈvʊpɐtaːl]) is a city in North Rhine-Westphalia, Germany, in and around the Wupper valley, east of Düsseldorf and south of the Ruhr. With a population of approximately 350,000, it is the largest city in the Bergisches Land. Wuppertal is known for its steep slopes, its woods and parks, and its suspension railway, the Wuppertal Schwebebahn. It is the greenest city of Germany, with two-thirds green space of the total municipal area. From any part of the city, it is only a ten-minute walk to one of the public parks or woodland paths.
In the 18th and 19th centuries, the Wupper valley was one of the largest industrial regions of continental Europe. The increasing demand for coal from the textile mills and blacksmith shops encouraged the expansion of the nearby Ruhrgebiet. Wuppertal still is a major industrial centre, being home to industries such as textiles, metallurgy, chemicals, pharmaceuticals, electronics, automobiles, rubber, vehicles and ...

printing equipment.
Aspirin originates from Wuppertal, patented in 1897 by Bayer, as is the Vorwerk-Kobold vacuum cleaner.
The Wuppertal Institute for Climate, Environment and Energy and the European Institute for International Economic Relations are located in the city. 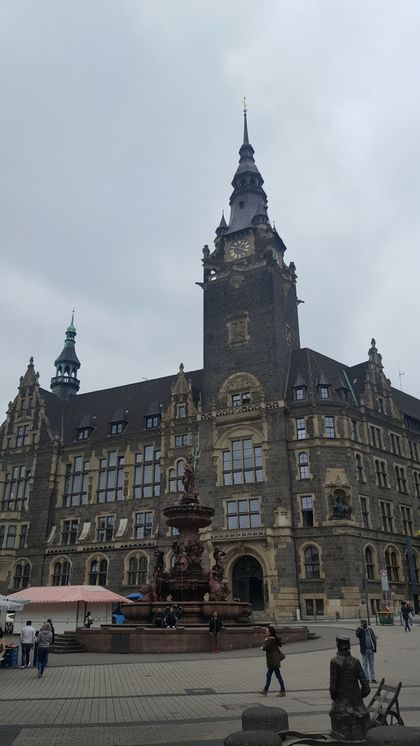 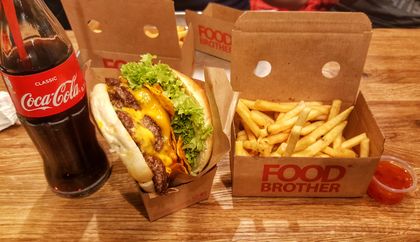 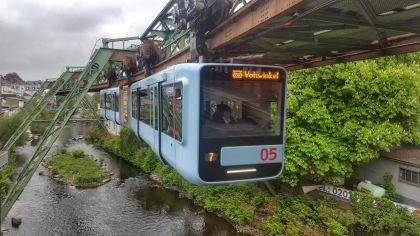