travelo.club - Guide to the city of Lefkimmi

Lefkimmi (Greek: Λευκίμμη, also known as Alefkimmo) is a town and a former municipality on the island of Corfu, Ionian Islands, Greece. Since the 2011 local government reform it is part of the municipality Corfu, of which it is a municipal unit. Its land area is 50.819 km² and its population was 5,800 at the 2011 census. Lefkimmi is the southernmost municipal unit on the island. Tourism is its main industry along with agriculture and other businesses. It features beaches, restaurants, shops, taverns and hotels. A canal passes through the eastern part of town. The municipal seat was the town of Lefkímmi (pop. 2,935). Its next largest towns are Kávos (pop. 685), Palaiochóri (459), Vitaládes (442), and Kritiká (453). 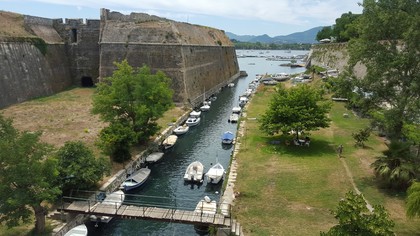 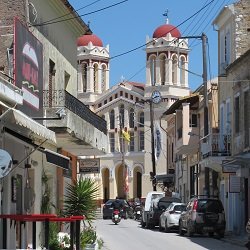