travelo.club - Guide to the city of Giza

The city of Giza is the capital of the Giza Governorate, and is located near the northeast border of this governorate in coordinates. It is located right on the banks of the River Nile. The city's population was 2,681,863 in the 2006 national census, while the governorate had 6,272,571 at the same census. Its large population made it the world's second largest suburb in 2006, tied with Incheon, South Korea and Quezon City, Philippines, second only to Yokohama, Japan. 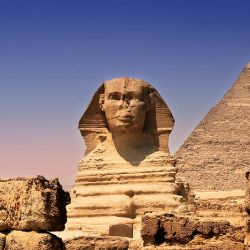