travelo.club - Guide to the city of George Town

George Town, the capital city of the Malaysian state of Penang, is located at the northeastern tip of Penang Island. It is Malaysia's second largest city, with 708,127 inhabitants as of 2010, while its metropolitan area, Greater Penang, is the nation's second most populous conurbation with an estimated population of 2.5 million. The historical core of George Town has been inscribed as a UNESCO World Heritage Site since 2008. 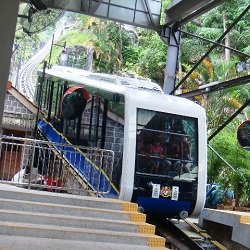