South Korea or Korea, officially the Republic of Korea (ROK; listen), is a sovereign state in East Asia, constituting the southern part of the Korean Peninsula. Officially, its territory consists of the whole Korean Peninsula and its adjacent islands, which are largely mountainous. South Koreans lead a distinctive urban lifestyle, as half of them live in high-rises concentrated in the Seoul Capital Area with 25 million residents. The capital Seoul is the world's sixth leading global city with the fifth largest economy and is the seventh most sustainable city in the world.
The earliest neolithic Korean pottery dates to 8000 BC, with three kingdoms flourishing in the 1st century BC. The name Korea is derived from one of them, Goguryeo, also known as Koryŏ, which was one of the great powers in East Asia during its time, ruling most of the Korean Peninsula, Manchuria, and some parts of the Russian Far East and Inner Mongolia under Gwanggaeto the Great. Since the unification of the ...

Korean kingdoms into Later Silla and Balhae in the 7th century, Korea enjoyed over a millennium of relative tranquility under long lasting dynasties. Koreans developed improved versions many advanced innovations such as the metal movable type printing press in 1377 A.D. which was developed based on the previous Han Chinese Porcelain movable type printing press, used to print and publish the Jikji, the world's oldest extant movable metal type printed paper book using the 8,000 year old traditional ancient Chinese writing system. Under Sejong the Great in the 15th century, Koreans had one of the highest living standards in the world along with the Han Chinese and Japanese Additionally, in 1443 Hangul was invented by the Korean King Sejong the Great as an easier alternative to the complex and difficult to learn ancient Chinese writing system which was usually reserved for elite academic scholars preparing for the imperial examinations of China. Hangul enabled anyone in the general Korean population to easily learn to read and write and transfer written information rather than spending years learning complicated ancient Chinese. Its rich and vibrant culture left 19 UNESCO Intangible Cultural Heritages of Humanity, the third largest in the world, along with 12 World Heritage Sites. Annexed into Imperial Japan in 1910, Korea was divided after its surrender in 1945, but a North Korean invasion led to the Korean War (1950–1953). Peace has since mostly continued with the two agreeing to work peacefully for reunification and the South solidifying peace as a regional power with the world's 10th largest defence budget.
South Korea, along with Taiwan, Singapore and Hong Kong (China) is one of the four high-tech industrialized developed countries often referred to as the Four Asian Economic Dragons. The South Korean economy soared at an annual average of 10% for over 30 years in a period of rapid transformation called the Miracle on the Han River. A long legacy of openness and focus on innovation made it successful. Today, it is the world's seventh largest advanced economy and fifth largest exporter with the G20's largest budget surplus and highest credit rating of any country in East Asia. It has free trade agreements with 75% of the world economy and is the only G20 nation trading freely with China, the US and the EU simultaneously. Since 1988, its constitution guarantees a liberal democracy with high government transparency and many fundamental rights such as universal healthcare. High personal freedoms led to the rise of a globally influential pop culture such as K-pop and K-drama, a phenomenon called the Korean Wave, known for its distinctive fashionable and trendy style. Home of the UN Green Climate Fund and GGGI, South Korea is a leader in low carbon green growth, committed to helping developing countries as a major DAC and Paris Club contributor. It is the world's third least ignorant country in the Index of Ignorance, ranking eighth highest for peaceful tolerance and inclusion of minorities on the Fragile States Index.
South Korea is a technologically advanced developed country driven by a highly educated and skilled workforce, having the world's eighth highest median household income, the highest in Asia. Globally, it ranks highly in personal safety, job security, ease of doing business and healthcare quality, with the world's third highest health adjusted life expectancy and fourth most efficient healthcare system. It is the world's largest spender on R&D per GDP, leading the OECD in graduates in science and engineering and ranking third in the Youth Wellbeing Index. Home of Samsung, LG and Hyundai-Kia, South Korea was named the world's most innovative country for 4 consecutive years since 2014 in the Bloomberg Innovation Index, ranking first in business R&D intensity, manufacturing value-added, patents filed per GDP, second in higher education efficiency and fourth in high-tech density and researcher concentration. In 2005, it became the world's first country to fully transition to high-speed Internet and today it has the world's fastest Internet speed and highest smartphone ownership, ranking first in ICT Development, e-Government and 4G LTE coverage. 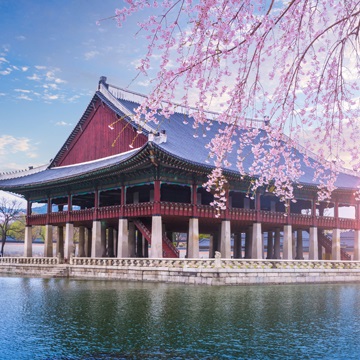