travelo.club - Guide to the country of Kazakhstan

terrain of Kazakhstan includes flatlands, steppe, taiga, rock canyons, hills, deltas, snow-capped mountains, and deserts. Kazakhstan has an estimated 18 million people as of 2014, Given its large land area, its population density is among the lowest, at less than 6 people per square kilometre (15 people per sq. mi.). The capital is Astana, where it was moved in 1997 from Almaty, the country's largest city.
The territory of Kazakhstan has historically been inhabited by nomadic tribes. This changed in the 13th century, when Genghis Khan occupied the country as part of the Mongolian Empire. Following internal struggles among the conquerors, power eventually reverted to the nomads. By the 16th century, the Kazakh emerged as a distinct group, divided into three jüz (ancestor branches occupying specific territories). The Russians began advancing into the Kazakh steppe in the 18th century, and by the mid-19th century, they nominally ruled all of Kazakhstan as part of the Russian Empire. Following the 1917 Russian Revolution, and subsequent civil war, the territory of Kazakhstan was reorganised several times. In 1936, it was made the Kazakh Soviet Socialist Republic, part of the Soviet Union.
Kazakhstan was the last of the Soviet republics to declare independence during the dissolution of the Soviet Union in 1991. The current President, Nursultan Nazarbayev, has been leader of the country since then, and is characterised as authoritarian, with a government history of human rights abuses and suppression of political opposition. Kazakhstan has worked to develop its economy, especially its dominant hydrocarbon industry. Human Rights Watch says that "Kazakhstan heavily restricts freedom of assembly, speech, and religion," and other human rights organisations regularly describe Kazakhstan's human rights situation as poor.
Kazakhstan's 131 ethnicities include Kazakhs (63% of the population), Russians, Uzbeks, Ukrainians, Germans, Tatars, and Uyghurs. Islam is the religion of about 70% of the population, with Christianity practised by 26%; Kazakhstan officially allows freedom of religion, but religious leaders who oppose the government are suppressed. The Kazakh language is the state language, and Russian has equal official status for all levels of administrative and institutional purposes. 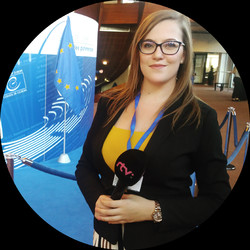