travelo.club - Guide to the country of Paraguay

Paraguay (; Spanish pronunciation: [paɾaˈɣwai̯]; Guarani: Paraguái, [paɾaˈɣwaj]), officially the Republic of Paraguay (Spanish: República del Paraguay; Guarani: Tetã Paraguái), is a landlocked country in central South America, bordered by Argentina to the south and southwest, Brazil to the east and northeast, and Bolivia to the northwest. Paraguay lies on both banks of the Paraguay River, which runs through the center of the country from north to south. Due to its central location in South America, it is sometimes referred to as Corazón de Sudamérica ("Heart of South America"). Paraguay is one of the two landlocked countries (the other is Bolivia) outside Afro-Eurasia, and is the smallest landlocked country in the Americas.
The indigenous Guaraní had been living in Paraguay for at least a millennium before the Spanish conquered the territory in the 16th century. Spanish settlers and Jesuit missions introduced Christianity and Spanish culture to the region. Paraguay was a ...

peripheral colony of the Spanish Empire, with few urban centers and settlers. Following independence from Spain in 1811, Paraguay was ruled by a series of dictators who generally implemented isolationist and protectionist policies.
Following the disastrous Paraguayan War (1864–1870), the country lost 60 to 70 percent of its population through war and disease, and about 140,000 square kilometers (54,000 sq mi), one quarter of its territory, to Argentina and Brazil.
Through the 20th century, Paraguay continued to endure a succession of authoritarian governments, culminating in the regime of Alfredo Stroessner, who led South America's longest-lived military dictatorship from 1954 to 1989. He was toppled in an internal military coup, and free multi-party elections (and the legalization of communist parties) were organized and held for the first time in 1993. A year later, Paraguay joined Argentina, Brazil and Uruguay to found Mercosur, a regional economic collaborative.
As of 2009, Paraguay's population was estimated to be at around 6.5 million, most of whom are concentrated in the southeast region of the country. The capital and largest city is Asunción, whose metropolitan area is home to nearly a third of Paraguay's population. In contrast to most Latin American nations, Paraguay's indigenous language and culture, Guaraní, remains highly influential. In each census, residents predominantly identify as mestizo, reflecting years of intermarriage among the different ethnic groups. Guaraní is recognized as an official language alongside Spanish, and both languages are widely spoken in the country. 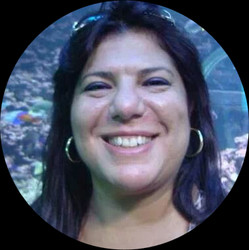