The Netherlands (; Dutch: Nederland [ˈneːdərˌlɑnt]; Frisian: Nederlân), also known informally as Holland, is a densely populated country in Western Europe, also incorporating three island territories in the Caribbean. It is the main constituent country of the Kingdom of the Netherlands. The European portion of the Netherlands borders Germany to the east, Belgium to the south, and the North Sea to the northwest, sharing maritime borders in the North Sea with Belgium, the United Kingdom, and Germany.
The three largest cities in the Netherlands are Amsterdam, Rotterdam and The Hague. Amsterdam is the country's capital, while The Hague holds the Dutch seat of parliament and government. The port of Rotterdam is the largest port in Europe and the world's largest outside east Asia.
"Netherlands" literally means "lower countries", influenced by its low land and flat geography, with only about 50% of its land exceeding one metre above sea level. Most of the areas below sea level are ...

artificial. Since the late 16th century, large areas (polders) have been reclaimed from the sea and lakes, amounting to nearly 17% of the country's current land mass. With a population density of 412 people per km2 – 507 (January 2017) if water is excluded – the Netherlands is classified as a very densely populated country. Only Bangladesh, South Korea, and Taiwan have both a larger population and higher population density. Nevertheless, the Netherlands is the world's second-largest exporter of food and agricultural products, after the United States. This is partly due to the fertility of the soil and the mild climate. The Netherlands was the third country in the world to have an elected parliament, and since 1848 it has been governed as a parliamentary democracy and a constitutional monarchy, organised as a unitary state. The Netherlands has a long history of social tolerance and is generally regarded as a liberal country, having legalised abortion, prostitution and euthanasia, while maintaining a progressive drugs policy. In 2001, it became the world's first country to legalise same-sex marriage.
The Netherlands is a founding member of the EU, Eurozone, G-10, NATO, OECD and WTO; as well as being a part of the Schengen Area and the trilateral Benelux Union. The country is host to the Organisation for the Prohibition of Chemical Weapons and five international courts: the Permanent Court of Arbitration, the International Court of Justice, the International Criminal Tribunal for the Former Yugoslavia, the International Criminal Court and the Special Tribunal for Lebanon. The first four are situated in The Hague, as is the EU's criminal intelligence agency Europol and judicial co-operation agency Eurojust. This has led to the city being dubbed "the world's legal capital." The country also ranks second highest in the world's 2016 Press Freedom Index, as published by Reporters Without Borders.
The Netherlands has a market-based mixed economy, ranking 17th of 177 countries according to the Index of Economic Freedom. It had the thirteenth-highest per capita income in the world in 2016 according to the International Monetary Fund. In 2017, the United Nations World Happiness Report ranked the Netherlands as the sixth-happiest country in the world, reflecting its high quality of life. The Netherlands also ranks joint third highest in the Inequality-adjusted Human Development Index, along with Australia. 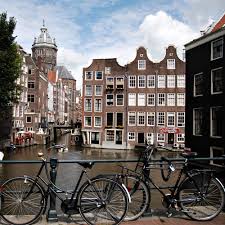